Located in an isolated place, were nature and the landscape are overwhelming, the project was feed by the idea that the house and its multiple spaces should return us to the atmosphere and qualities of the site.

Therefor the project’s first task was to choose the right place for the house and swimming pool, after a global study of the landscape of large propriety.

The house was placed on the West limit of the property were one a dense forest of pine trees can be seen within the sea as background.

The house is reached thru a plateau, at mid-height of the house and swimming pool. The house’s the terrace as dominant position over the buildings and landscape. The building is entangled with the ground, whether standing on it or excavating it, creating patios that organize the interior spaces.

The built assembly - house and surroundings - lives the double condition of observation site and shelter,
anchored to the site and its domestic character by its scale and materials.

The house allows what its absence already did: the attention on the horizon or the numbness under de local light, smells and sounds. 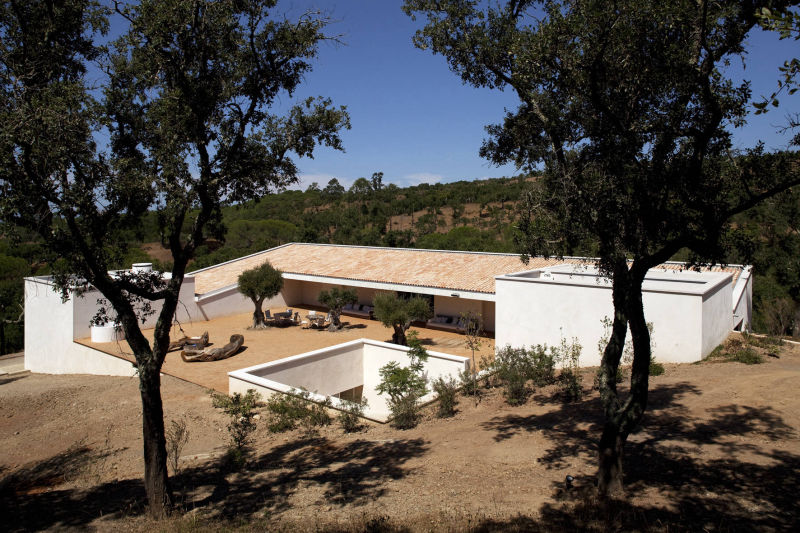