The Mário Sacramento school has a well balanced relationship with its urban context. Within the compound, the empty space between buildings forms a well dimensioned courtyard that solves interior circulation and the connection to the exterior.  Built in 1956 as a “Industrial School”, the modest dimensions of the compound, forced the requalification and modernisation to enlarge it, adding a plot and a large area of new constructions.
[-] Subtraction
A porch and its annexes, as the constructions contiguous to the workshops were demolished: the spaces that no longer add the capability of accommodate the new programme and prevented a clear reading of the existing buildings.
[+] Addiction
The new construction complies three new bodies: near the workshops, using terrain’s gap, is built a nave with generous indoor height; a low one closes a central planted courtyard; facing the classroom building, a two storey building opens to a new courtyard.
[RE]use
The fundamental premise was not to overlap the existing constructions with the new ones, preserving their actual functional scheme and form. In contrast with the existing buildings, the new ones are set within the compound as a system of low interconnected bodies, accommodating the common areas of the school, centered in the central courtyard. The aim is bring form to a sense of community: using spaces within the compound to be the place of gathering of the school community and, at the same time, built its image to the exterior.
The new construction moves the sports fields to the back of the workshops, so that a continuous low volume (replacing the former exterior access gallery) surrounds a new planted area, connecting the existing buildings at floor level. This body conciliates spaces of movement and settlement, using openings to the interior green courtyard. There are located the classroom for arts, the refectory/cafeteria and the Library.
The body adjacent to workshops, separates the school from the nearby railway, and contains the larger areas of the programme: the sports facilities, the changing rooms, storage and technical areas.
The project implied a redesign of the schools opens spaces, establishing two typologies: the closed and stoned within the new building; and the set densely planted open spaces, that envelop the whole compound in a dense green mass. 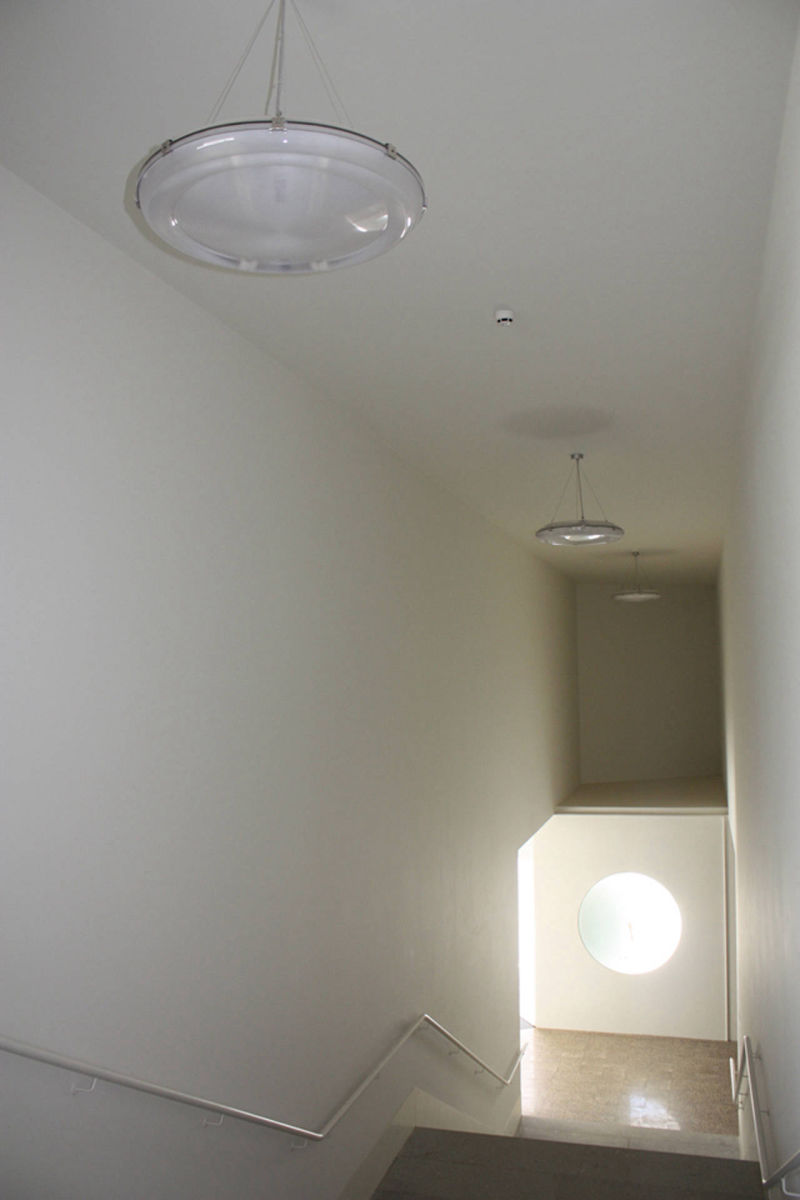 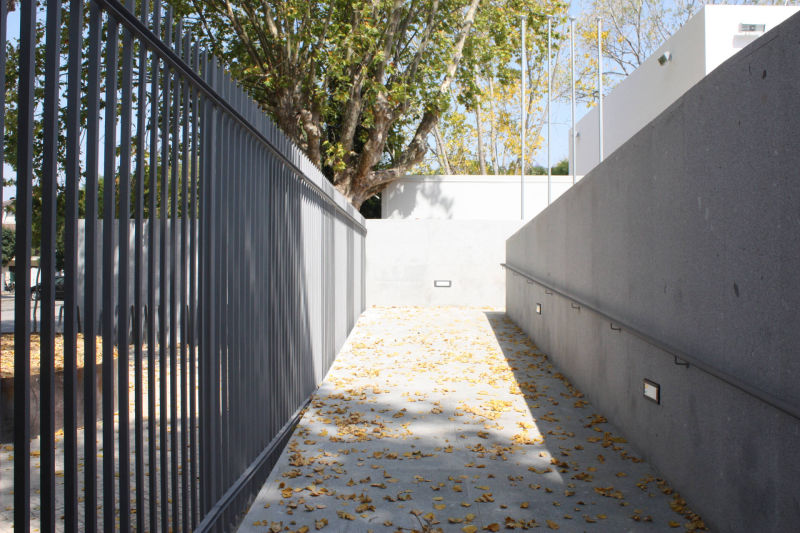 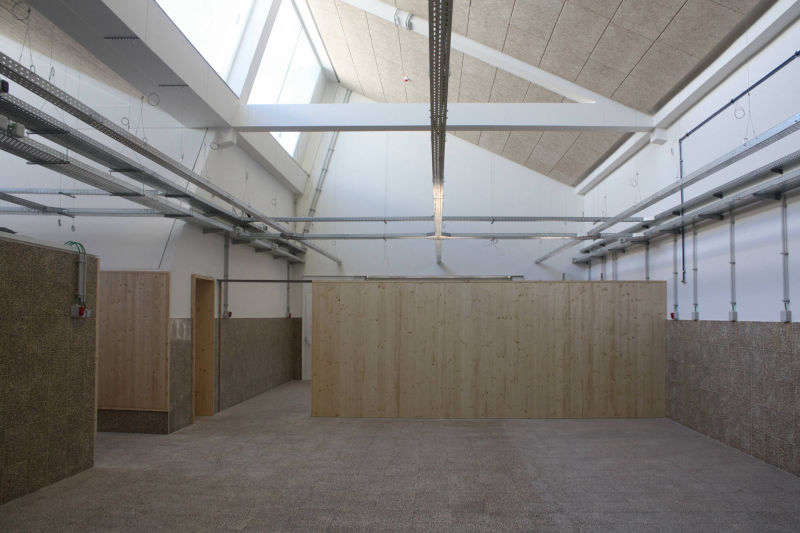 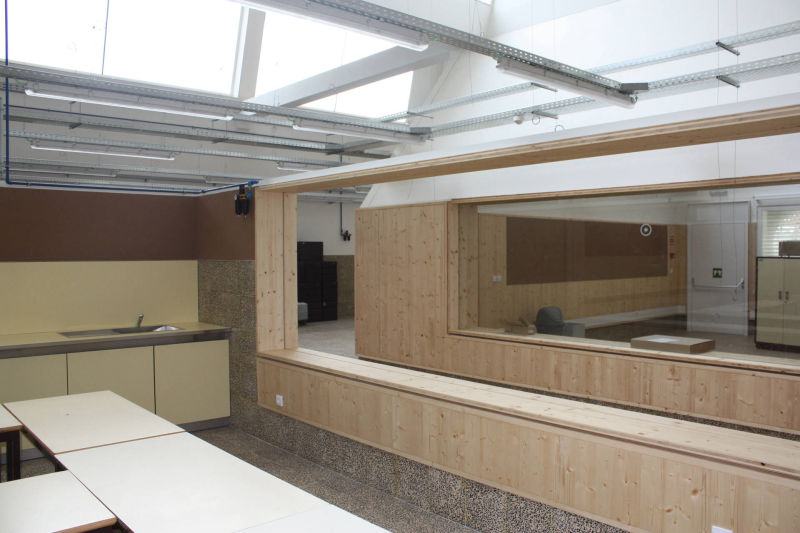 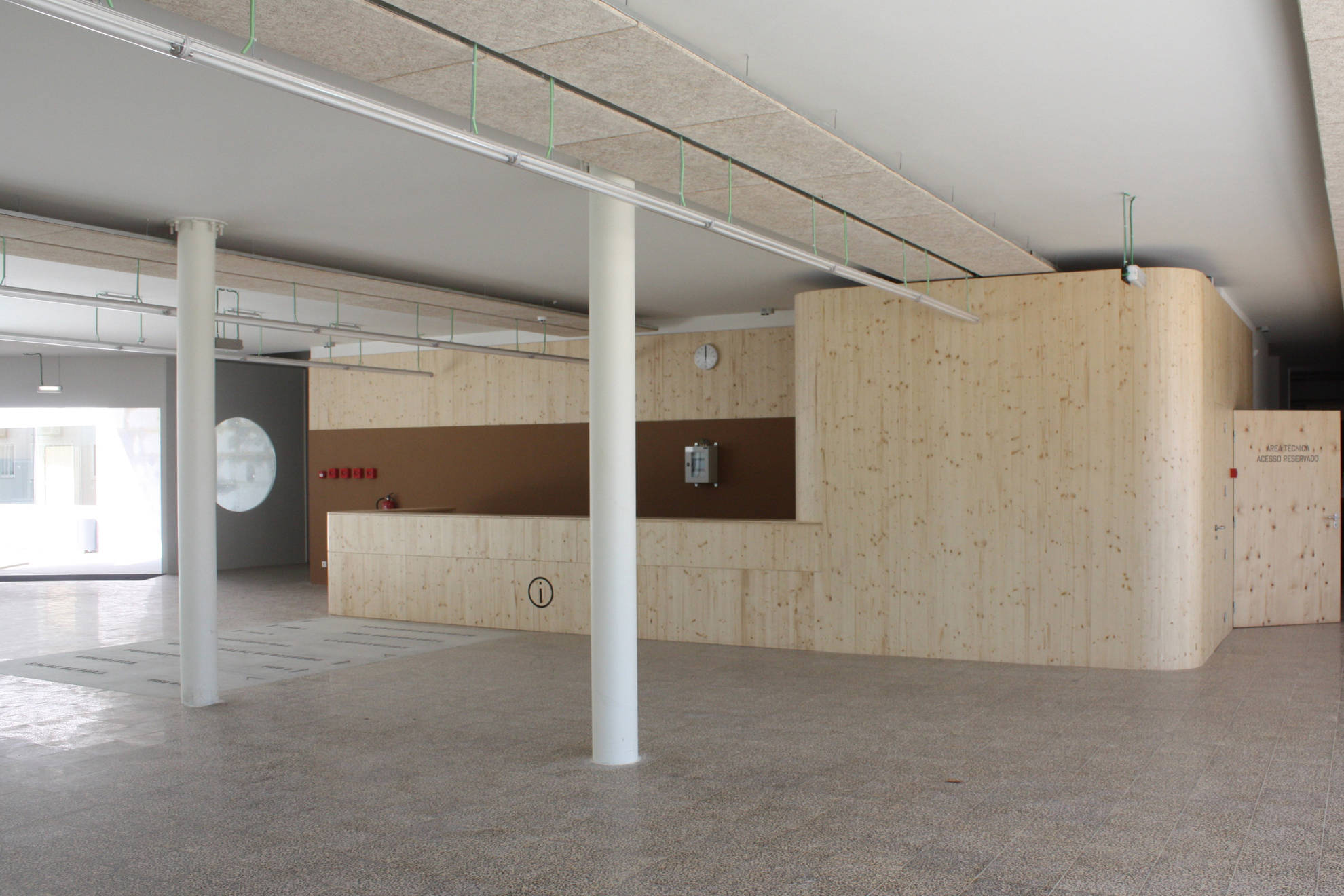 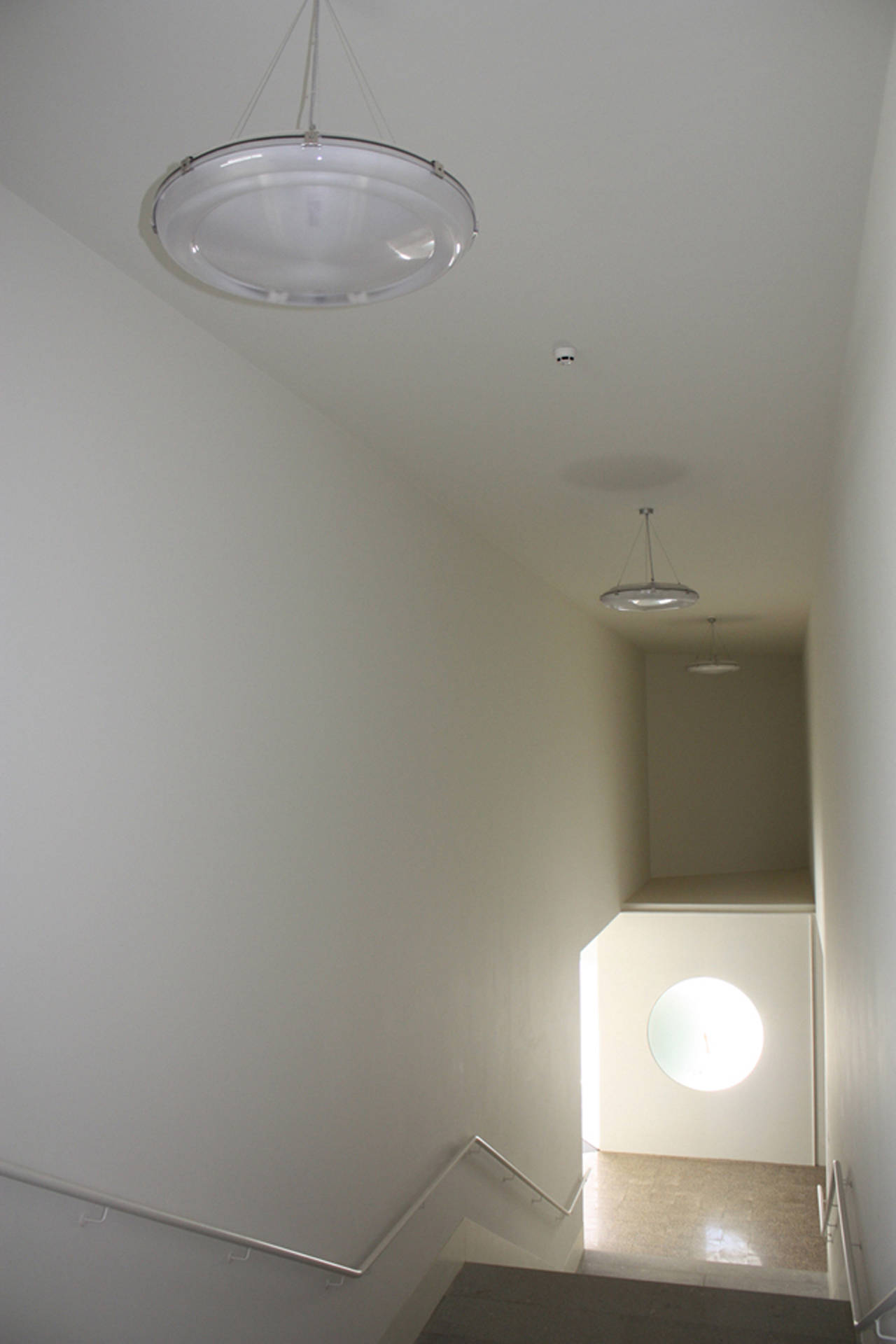